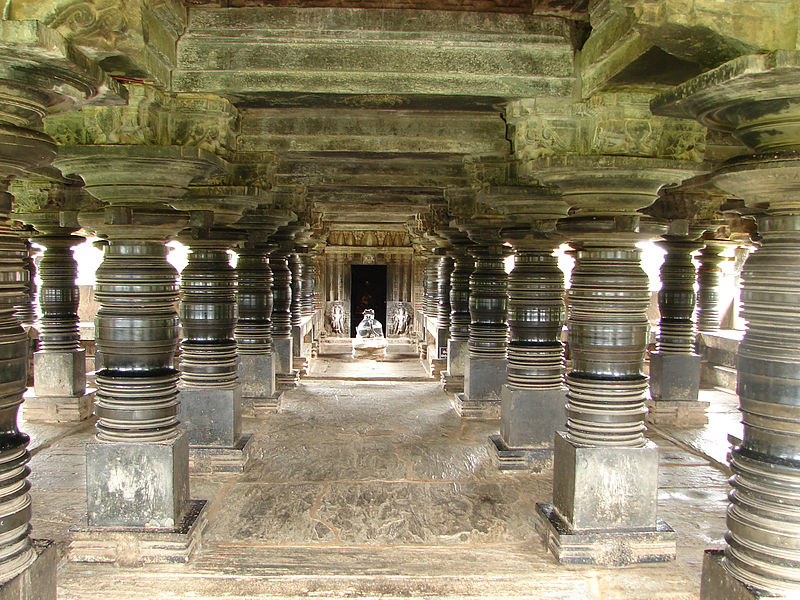 The Hoysala architecture flourished under the Hoysala dynsaty (AD 11th – 14th ),and can be seen in the temples builts by the famous kings Vishnuvardhana, Veera Ballala II and Vira Someshwara.

The initial architecture had influence of their patron the Chalukyas of Badami but as the Hoysala kings established their independence, their architecture also displayed unique dravidian and independent style.

Soapstone was the main building material. Pierced window screen, lathe-turned pillars in Mantapa, stepped and stellate Vimana and minutely detailed outer walls are some of the distinct Hoysala style.

The sculptors depicted sequences from epics of Ramayana and Mahabharata along with friezes showing gods, goddesses, yallis, kirtimukha, madanika, in various forms and postures with their jewelry, toenails and hairstyle shown in such fine details that we can just marvel at their artistry. The workmanship was of high quality with attention paid to the smallest detail to achieve the highly ornate and decorated temples that we presently see in Bellur, Halebidu, Someshwara or Belavadi.