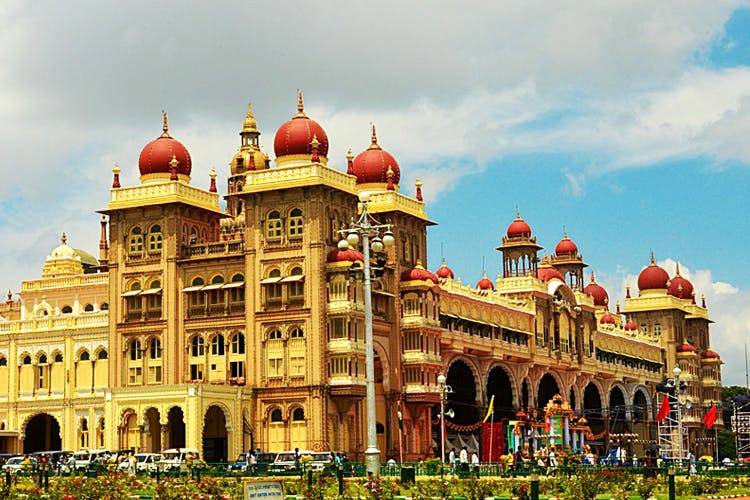 Indo-Saracenic was a revival architectural style mostly used by British architects in India in the later 19th century, especially in public and government buildings in the British Raj, and the palaces of rulers of the princely states.

Mysore Palace is a fine example of Indo-Saraceni architectural style, It is a three-story stone structure with marble domes, and has a 145-foot five-story tower. The palace is surrounded by a large garden. The entrance gate and arch hold the emblem and coat of arms of the kingdom of Mysore, around which is written the kingdom's motto in Sanskrit: "न बिभॆति कदाचन" (never terrified).